Located in the North East of England on the banks of the River Tyne, the city has undergone several transformations since it began life as a Roman fort on Hadrian’s Wall in 122AD. The settlement was known as Pons Aelius, or Aelian Bridge in Latin, ‘Aelian’ being the family name of Emperor Hadrian. In the wake of the Roman’s departure from Britain in 410AD, Pons Aelius was renamed Monkchester and subsumed into the influential Anglo-Saxon Kingdom of Northumbria. The Tyne Bridge, one of Newcastle’s most iconic landmarks, is located near to the site of the original Aelian Bridge.

It was under Norman rule in 1080 that the city gained its current name. Difficulties between William the Conqueror and his oldest son Robert Curthose in Northern France between 1078 –1080 incited unrest in the North of England. In William’s absence, the Scottish King Malcolm III had plundered the lands between the River Tweed and the River Tees and the Northumbrians were unhappy with William’s failure to intervene. This culminated in a rebellion and the murder of the Earl of Northumbria in May 1080. The rebellion forced William into action and his half-brother Odo of Bayeux was sent to disperse the rebels and William’s son Robert, united with his father once more, was dispatched to deal with the Scots.

Having defeated Malcolm in Lothian in the autumn of 1080, Robert returned home via Monkchester where a wooden castle was built to fortify the area and ensure that its advantageous position as the main crossing point of the River Tyne remained under Norman control. The area was then called Novum Castellum, meaning ‘New Castle’ and a castle has remained on the site ever since. The stone Castle Keep which still remains today was built by Henry II between 1172-1177. The main gatehouse, known as the Black Gate, was built by Henry III between 1247-1250. 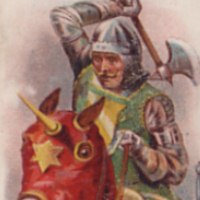 Newcastle remained a stronghold against invasions from the Scots during the Middle Ages, thanks in part to the 25 foot defensive stone wall which was erected in the thirteenth and fourteenth centuries to encircle the town. Although the wall was largely destroyed in the eighteenth and nineteenth centuries, there are still a number of sections which remain today, particularly to the west of the city.

It was during the Middle Ages that the town flourished as a frontrunner in the wool trade, wool being a key commodity during medieval times. In recognition of its strategic position the town was favoured by the royals, receiving its own mayor in 1216 and becoming a county town in 1400 complete with its own sheriff. Even the decline of the wool trade in the sixteenth and seventeenth centuries had little effect on Newcastle since a royal act in 1530 had decreed that all coal exports in the North East were shipped from Newcastle quayside, even coal which was not mined in the town. This allowed Newcastle to prosper as a regional centre for trade and halted the growth of local neighbours such as Sunderland, thus creating a rivalry which remains today.

During the English Civil War Newcastle suffered in its support of King Charles I – who gratefully bestowed the town’s motto: “Fortiter Defendit Triumphans” or triumphing by a bold defence – and was even briefly conquered by the Earl of Leven’s Scottish army. However, its prominent trade links were soon restored and it was business as usual after the Reformation when Newcastle began to trade and export products such as iron, slate and glass. Carr’s Bank, one of the first banks to appear outside the Capital, was also opened in Newcastle in 1755.

The commercial industry was not the only sector to flourish in Newcastle. By the eighteenth century the printing industry was the fourth biggest in UK (after London, Oxford and Cambridge) and the Newcastle Gazette and the Newcastle Courant were the first newspapers in circulation in northern England when they were introduced in 1710 and 1711. The establishment of the Literary and Philosophical Society of Newcastle upon Tyne in 1793 (or the Lit and Phil as it is affectionately referred to) attracted intellectuals and academics alike with its wide-ranging debates and plentiful literature in French, Spanish, German and Latin. The building even became the first to use electric lightbulbs when the inventor Joseph Swan chose the Lit and Phil as the showcase for his latest invention.

During the industrial revolution of 1750-1850, heavy industry thrived in Newcastle and its location made it an ideal base for building the ships and steam trains which powered the era. A number of advancements such as the invention of the steam turbine and the Davy lamp can also be credited to the town. This industrial expansion lead to a huge influx of people, with the population rising from 87,784 in 1851 to 266,671 in 1911 and the honour of city status in 1882. Affluent suburbs appeared on the outskirts of the city centre, made possible by the advancements in railways and tramways.

In the 1830’s the developer Richard Grainger and architect John Dobson redeveloped the city centre with the help of other notable architects to include much of the neoclassical architecture which is still evident in the city today. Grey’s Monument is dedicated to Prime Minister Earl Grey and his Reform Act of 1832. It was designed and built by Edward Hodges Baily and Benjamin Green. The similarity to Nelson’s Column is not a coincidence as this was also built by Hodges.

The twentieth century and beyond

In contrast to the success of the eighteen and nineteenth centuries, Newcastle and the rest of Tyne and Wear saw a steady decline in heavy industry in the interwar period of the early twentieth century and unemployment grew steadily following the economic depression of the 1930s. The last remaining colliery in Newcastle closed in 1956 and the lack of investment and competitive Eastern European and South East Asian markets had a similar impact on the region’s ailing shipyards between 1970-1990.

However, over the past fifty years heavy industry has given way to a rise in the public and retail sectors and mass regeneration. Newcastle has transformed itself into a cultural landmark and is now renowned for being the business and social hub of the North East. In contrast to its industrial heritage, the city is also known for its environmental awareness and is even planning to become the first Carbon Neutral town in the UK.

Getting here
Newcastle is easily accessible by both road and rail, please try our UK Travel Guide for further information. Many thanks to Steve Smith for the photos of Newcastle.

Standing at the easternmost point of Hadrian's Wall and guarding the mouth of the River Tyne lies the remains of the Roman fort of Segedunum.