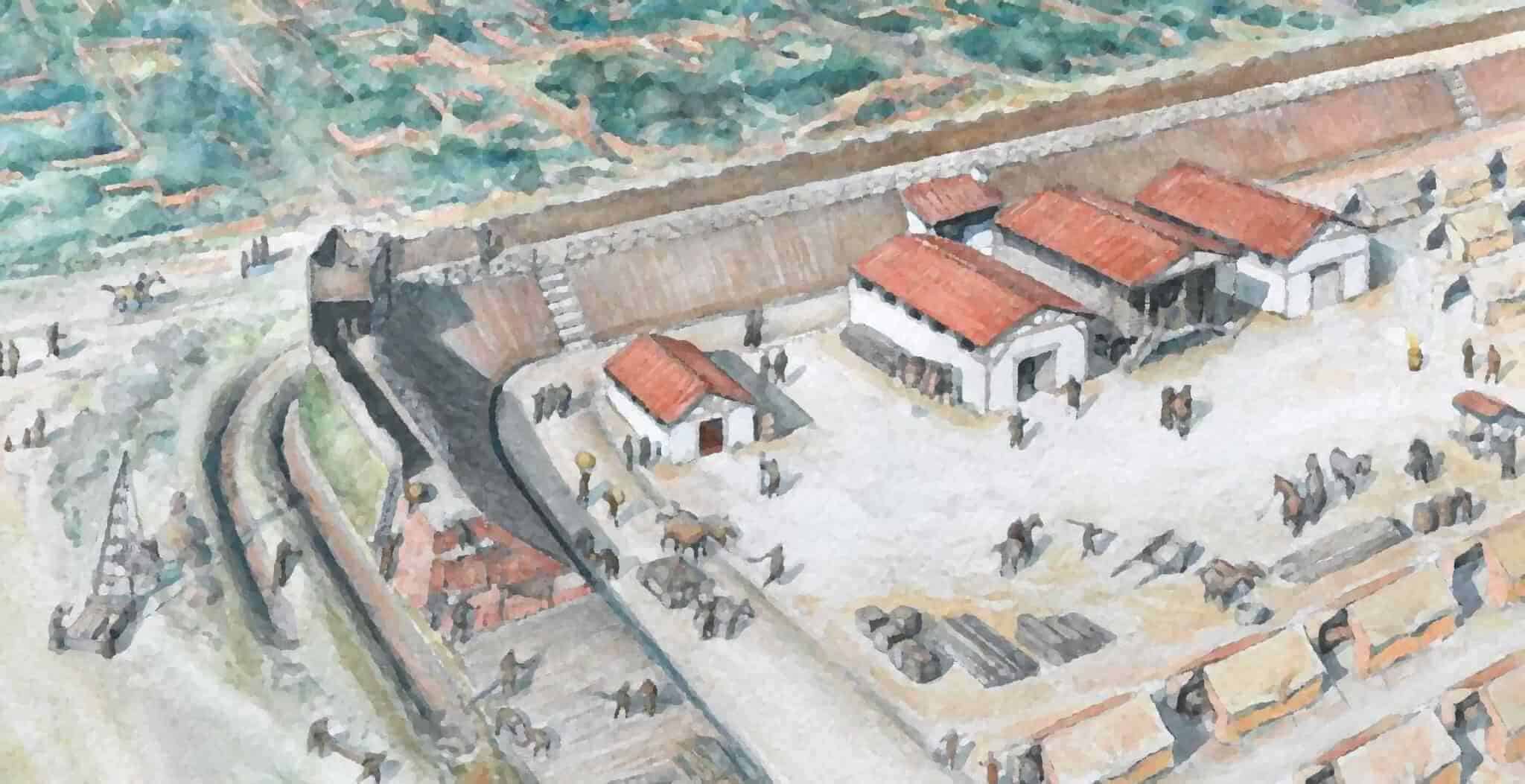 Arguably one of the most surprising of all of our Secret London articles, the remains of London’s Roman Fort are actually situated in an underground car park!

The history of this fort dates back to around AD110, not very long after the Roman invasion of Britain. By this time London had become the most important city in Roman Britain, and the newly rebuilt fort could house up to 1,000 soldiers over a space of 5 hectares.

It was built at around the same time as the forts around Hadrian’s Wall, and therefore shares a similar design with these northern counterparts. The stone walls of the fort in London rose to a height of over five metres, and were reinforced by an urban bank at the rear. At the front of the wall was a ditch (again, a common feature of the time) and there was a myriad of stone towers placed at even intervals along the walls.

Although the Roman fort in London was around three times the size of its Hadrian Wall counterparts, it never in fact housed a permanent regiment. Instead, it was the home of the ceremonial guard that served the governor of Britain, a role which saw a regular rotation of soldiers in almost a ‘secondment’ type function.

The fort itself was dissected by two main thoroughfares; one ran west-to-east and one ran south-to-north. The administrative buildings were thought to be in the middle of the fort (although no remains of these building have ever been found) and the south, east and west sides of the fort would have housed the soldier’s barracks and support buildings. The north side of the fort was thought to have been completely free of buildings, and instead was used as a parade ground.

The only remains of the fort that can still be visited today are of the western gateway. This is where the west-to-east thoroughfare would have entered the fort, and the remains of the turret and guardroom – as well as the gateway itself – can still be seen. If you do visit, be sure to keep an eye out for the remains closest to the car park door. Here you will be able to see where the later (AD200) London city wall was built into the original fort wall (as illustrated below). This city wall would go on to protect London for over a thousand years, stretching for more than 2 miles and at over 6 metres in height. Unfortunately the remains of the fort are not open to the public, however the Museum of London arranges guided tours every so often. To see when the next one is you can check the events page on their website.

Getting here
Tours begin at the Museum of London, which is easily accessible by both bus and rail, please try our London Transport Guide for help in getting around the capital.

London’s Roman Amphitheatre dates back to AD70, and is located in the Guildhall Art Gallery in the City of London…