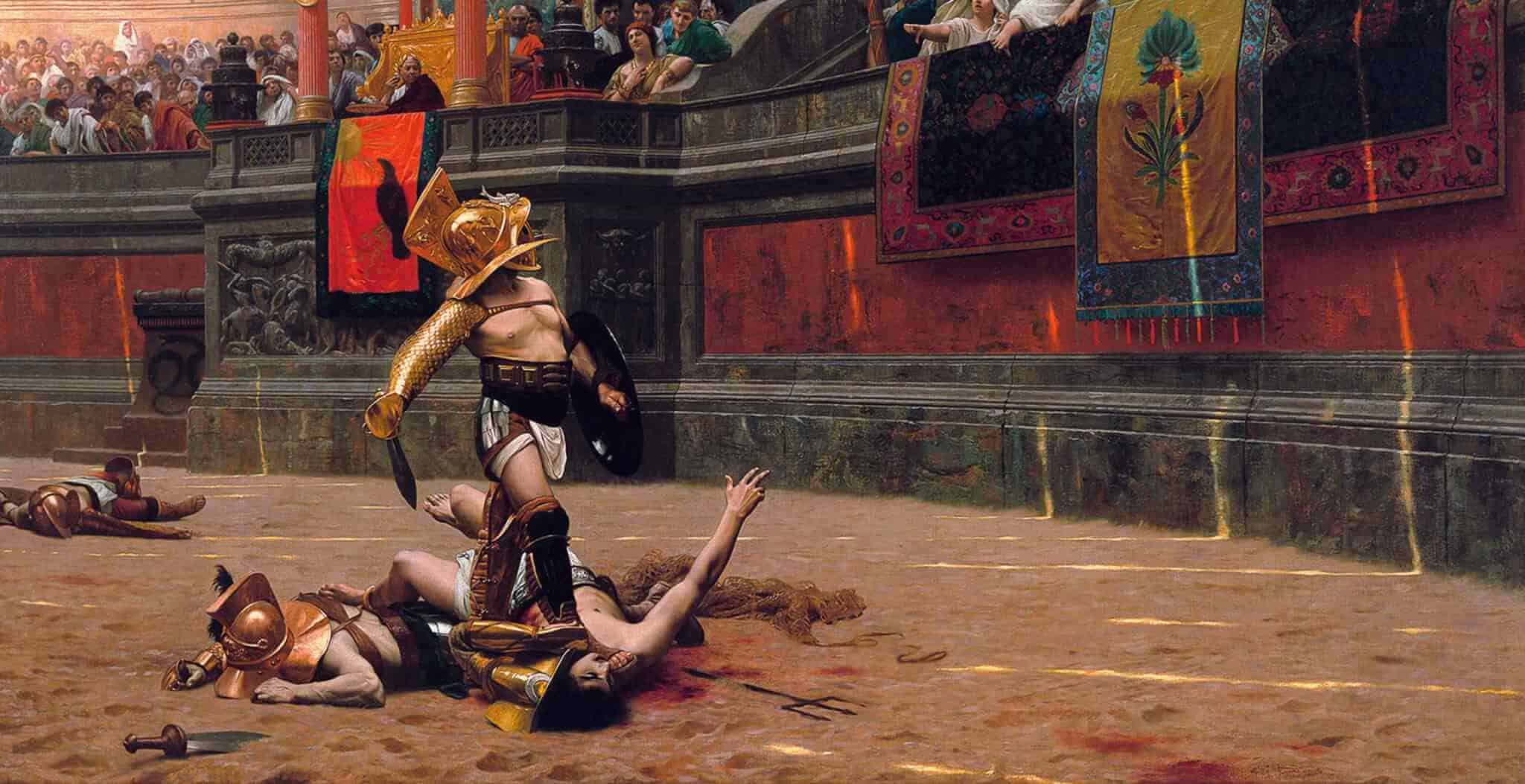 After more than a hundred years of searching by archaeologists, London’s Roman Amphitheatre was finally rediscovered in 1988 hidden beneath Guildhall Yard. It was a quite surprising discovery as the amphitheatre was found within the old Roman city walls, whereas the majority of ancient amphitheatres were located on the outside.

The history of the amphitheatre is a rather tumultuous one. Built in AD70 as a simple wooden structure, the amphitheatre had a more substantial makeover in the early 2nd century taking its capacity up to 6,000 people. During this time the arena was used for public events, animal fighting, public executions and, of course, gladiatorial combat.

After the Romans abandoned Britain in the 4th century, the amphitheatre was dismantled and much of it used for building materials. It lay derelict and in ruins for hundreds of years, however by the 11th century overcrowding in London forced the reoccupation of the area. At first the buildings that steadily encroached onto the old amphitheatre were simple ones; mostly timber houses of a Viking trade settlement. Over time these buildings gave way to an institution that Londoners are now most familiar with; the first ever Guildhall. The site had once again become the centre of London. Today, the first hint that you’re on the right route requires a quick glance down to the floor of the Guildhall Yard. Here you’ll notice an 80m-wide curved line of dark stone that follows the edge of the amphitheatre itself.

The actual remains of the amphitheatre are located around eight metres below the ground, buried beneath layers of ancient rubbish and rubble. Entrance to the amphitheatre’s remains is via the Guildhall Art Gallery. Once inside you’ll see the remains of the original walls, the drainage system, and even the sand which was once used to soak up the blood from wounded Gladiators. Oh, and just in case your imagination isn’t up to snuff, there is a rather impressive digital projection that fills in the gaps of the ruins!

Looking to visit London’s Roman Amphitheatre? We recommend this private walking tour which also includes stops at a number of other Roman sites throughout central London.