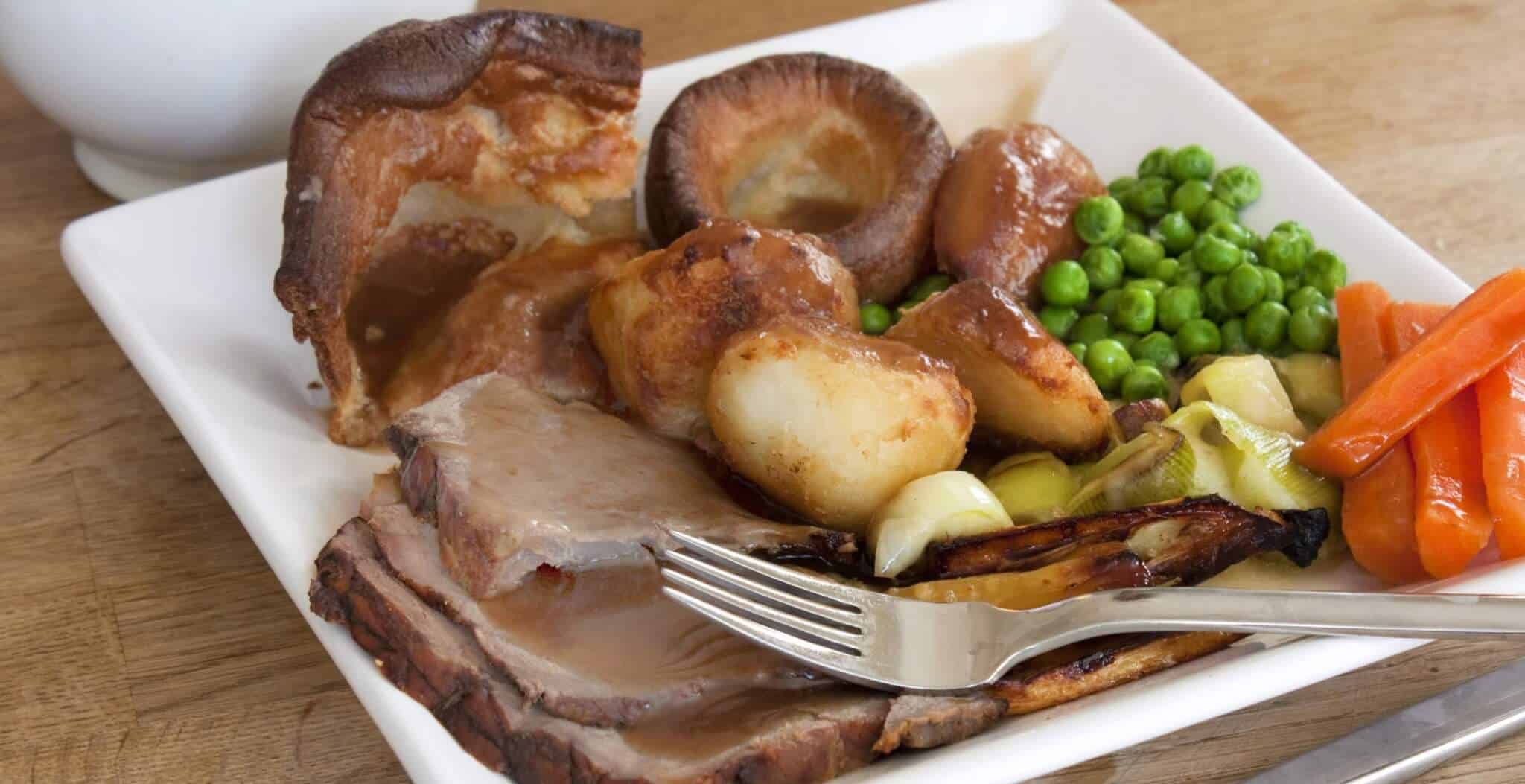 Great Britain – three very different countries, England, Scotland and Wales, each with a rich and varied history and culture. Perhaps this explains the diversity of its culinary traditions.

The history of Britain has played a large part in its traditions, its culture – and its food. The Romans for instance brought us cherries, stinging nettles ( to be used as a salad vegetable), cabbages and peas, as well as improving the cultivation of crops such as corn. And they brought us wine! The Romans were prolific road builders, these roads allowing for the first time the easy transportation of produce throughout the country.

The Saxons were excellent farmers and cultivated a wide variety of herbs. These were not used just for flavour as they are today but were used as bulk to pad out stews.

The Vikings and Danes brought us the techniques for smoking and drying fish – even today the North East coasts of England and Scotland are the places to find the best kippers – Arbroath Smokies, for example. “Collops” is an old Scandinavian word for pieces or slices of meat, and a dish of Collops is traditionally served on Burns Night (25th January) in Scotland. York Ham is a great favourite with the British housewife. The first York Ham is said to have been smoked with the sawdust of oak trees used in the building of York Minster. The Normans invaded not only our country but also our eating habits! They encouraged the drinking of wine and even gave us words for common foods – mutton (mouton) and beef (boeuf) for example. In the 12th century the Crusaders were the first Britons to taste oranges and lemons whilst in Jaffa in 1191-2.

Britain has always been a great trading nation. Saffron was first introduced into Cornwall by the Phoenicians at a very early date when they first came to Britain to trade for tin. Derived from the dried and powdered stigmas of the saffron crocus, saffron is still used today in British cooking. The importation of foods and spices from abroad has greatly influenced the British diet. In the Middle Ages, wealthy people were able to cook with spices and dried fruits from as far away as Asia. It has been said however that the poor people were lucky to eat at all!

In Tudor times, new kinds of food started to arrive due to the increase in trade and the discovery of new lands. Spices from the Far East, sugar from the Caribbean, coffee and cocoa from South America and tea from India. Potatoes from America began to be widely grown. Eccles Cakes evolved from Puritan days when rich cakes and biscuits were banned.

Turkeys were bred almost exclusively in Norfolk up until the 20th century. In the 17th century, turkeys were driven from Norfolk to the London markets in great flocks of 500 birds or more. Their feet were sometimes bandaged to protect them. Upon arrival in London, they had to be fattened up for several days before market.

The growth of the Empire brought new tastes and flavours – Kedgeree, for example, is a version of the Indian dish Khichri and was first brought back to Britain by members of the East India Company. It has been a traditional dish at the British breakfast table since the 18th and 19th centuries.

Nowadays you can sample cuisines from all around the world – chinese, indian, italian, french, american, spanish, thai, etc., reflecting the ethnic diversity of Britain today as well as the modern ease of travel. Some would even claim ‘Curry’ to be a traditional British dish – although it bears little resemblance to the curries to be found in India!

So what is British cuisine? Roast Beef and Yorkshire Pudding, Steak and Kidney Pie, Trifle – these are the dishes that everyone associates with Britain. But like the country of Britain which is constantly changing and evolving, so is British food, and whilst today these dishes are ‘traditionally British’, in the future perhaps dishes such as the British Curry will join them! Freshly cooked, piping hot fish and chips, smothered in salt and soused with vinegar, wrapped in newspaper and eaten out-of-doors on a cold and wintry day - it simply cannot be beaten!