A perfect Yorkshire Pudding mixture needs to be light and airy, with the fat in the bottom of the cooking dish needing to be as hot as possible in order for it to rise. However, his description may not be entirely accurate; the exact origins of the Yorkshire Pudding are unknown, the general consensus being that it is a dish associated with the North of England. The prefix “Yorkshire” was first used within a publication by Hannah Glasse in 1747, in “The Art of Cookery Made Plain and Simple”. This distinguished the light and crispy nature of the batter puddings made in this region from batter puddings created in other parts of England.

A friend of mine from Luxembourg loved Yorkshire Puddings, but she never quite grasped the concept of them. The definition of “pudding” was her main problem. The immediate thought is of sweet desserts. However, originally, pudding was a meat based, sausage-like food in Britain; for example, black and white puddings. However by the late 18th Century, the contemporary puddings were no longer meat based and this change incidentally coincided with the first published mention of the batter pudding. Not only is the traditional Yorkshire pudding a savoury dish, but it is also served with or before the main course, not as a “pudding” or dessert, which confused my friend.

The original purpose of serving the batter pudding was not as part of a main meal, in the way that it’s served with traditional roast dinners now, but instead served before, with gravy, as an appetiser course. This is because, when meat was expensive the Yorkshire pudding could act to fill the consumer, meeting the appetites of working men and allowing the meat to stretch further: “Them ‘at eats t’most pudding gets t’most meat”, as the saying goes. The pudding would have originally been cooked beneath the meat (usually beef) as it was roasting on a spit above a fire. This position would have meant that the fats and juices from the meat could drip onto the batter pudding, flavouring and adding colour. (The initial name for cooking a batter in this way was “Dripping Pudding”.) This also meant that these drippings, essential in the diet, were utilised rather than lost to the fire. Sources of these essential fats, particularly in the North of England, were more difficult to obtain at that time, especially with the high cost of meat, so every single drop was used.

A Yorkshire pudding is traditionally cooked in a large, shallow tin and then cut into squares to be served, rather than the individual puddings you can buy in supermarkets today. Also, in today’s Sunday roast dinners, Yorkshire puddings are included whatever the choice of meat, rather than just with beef as is the tradition. Yorkshire puddings, as the accompaniment to the “British Sunday Roast”, have become such a part of the British institution that they have been nominated their own day of celebration – the first Sunday of February.

Of course the batter recipe (minus the ground pepper) is just like that used for sweet dishes like pancakes. And this was how leftover Yorkshire pudding pieces were used up; reheated and served with jam or fruit or syrup the next day. The crispiness of the Yorkshire pudding meant they kept well to be eaten later, and again, nothing was wasted.

Here is a family recipe for Yorkshire Puddings. The pudding can be cooked traditionally in a large, shallow roasting tin but it is now common to make individual Yorkshires in a tartlet tin, heating the fat or oil in each individual hole. For vegetarian Yorkshire Puddings, vegetable oils can be used in place of the meat juices.

You will also need a roasting tin which is suitable to be placed on the hob.

Sieve the flour into a bowl and season with a little salt. Gradually add the milk and water mixture until a consistency of thick double cream is achieved. Leave to stand for at least an hour.

Just before putting in the oven, whisk two eggs (with an electric whisk if possible) and add to the mixture, whisking the batter until smooth.

To cook the Yorkshire pudding, remove the meat from the oven and turn the oven up to the above temperature. Spoon beef fat into the roasting tin and allow it to pre-heat in the oven. When the oven is up to temperature remove the tin and place it over direct heat until the fat begins to smoke. Pour in the batter. Tip it evenly all round and then place the tin on a high shelf in the oven and cook the Yorkshire pudding for 30 minutes or until risen, golden brown and crisp. Serve it cut into squares. 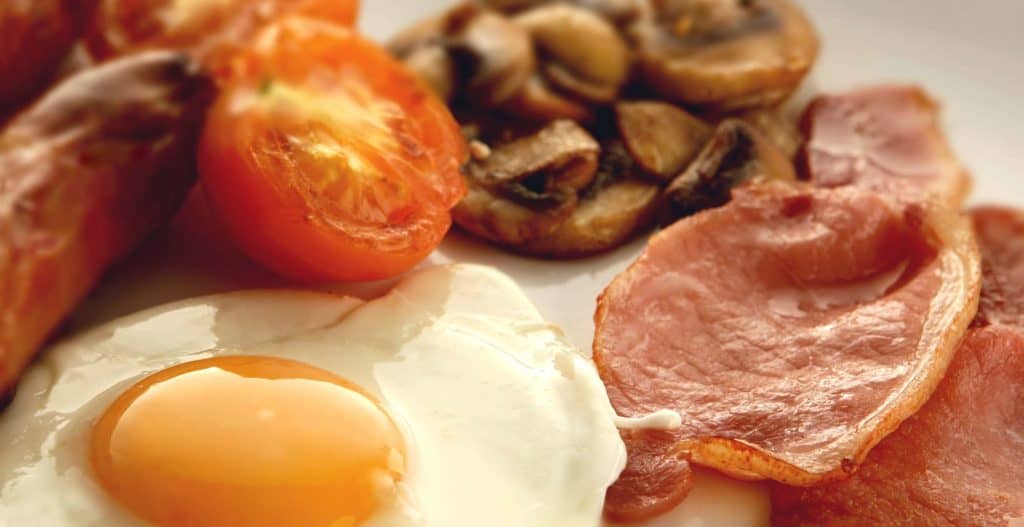