Almost forgotten in Britain today, the War of 1812 is perhaps one of the most important North American events of the 19th century. It marked a permanent shift in British-American relations, forged a sense of national unity in Canada, changed US politics and ended British support for native American tribes in the Mid-West. Perhaps best known for the burning of Washington DC and the White House in 1814, the war also saw the birth of the ‘Star Spangled Banner’ national anthem.

So why did the War of 1812 come about in the first place?

The start of the 1800s saw the British deeply entrenched in the Napoleonic Wars. As part of the overall war strategy, the British attempted to cut off supplies to France by issuing a set of decrees stating that all neutral countries trading with France had to first go through England, thus paying British taxes and making trade with France less commercially viable. With the US being the largest neutral power of the time, these decrees hit the Americans the hardest.

The Royal Navy was also massively stretched during this time, and lacked the manpower to both fight Napoleon as well as keeping order in the colonies. As such, it was decided that anyone who previously deserted the Royal Navy and emigrated abroad were to be recaptured and brought back into active service; this strategy was called ‘impressement’. With years of mass immigration to the US, it was unfortunately the Americans that were hardest hit again!

The most famous example of impressment was in 1807, when the HMS Leopard intercepted and engaged the USS Chesapeake, capturing four British Navy deserters in the process. The captain of the Chesapeake, James Barron, only managed to fire off a single shot before being overwhelmed and on his return home was publicly humiliated with a court-martial. This incident, along with many like it, was seen by the American public as an act of wanton aggression and subsequently strained Anglo-US relations even further.

The final catalyst to war came with the continued British support for the Native American tribes in the Mid-West. Ever since the end of the War of Independence in 1783, the US had been expanding westwards. The British, concerned with the effect this growing power would have over British Canada, introduced a doctrine which advocated the supply of Native American tribes with arms and supplies. This put the Native Americans in a much stronger position, and created a buffer for further US expansion in the west. By 1812 the Americans were at the end of their tether, and on June 5th 1812 Congress voted in favour of war. This was the first time that the US had declared war on another sovereign state.

The next two years saw regular US incursions into British Canada, some successful but most short lived. Because of the war efforts in Europe, the British could not afford to send any additional troops to North America and therefore a defensive strategy was taken. To help the British it was decided that Canadian militia were to be drafted in, as well as local Native American forces.

At sea, the British had complete supremacy (with a few notable exceptions) and quickly set up blockades of American ports. In New England these blockades were much less strict, allowing trade through in return for the regions’ more favourable attitude towards the British. In fact, it was in the New England states where the Federalist party was in control, a party which favoured closer ties to Britain and were generally against the war.

By 1814 the war in Europe was over, and the British were able to send in reinforcements. The first point of call for these reinforcements would be Washington DC, an area on the eastern seaboard which was seen as relatively undefended. A total of 17 ships were dispatched from Bermuda and arrived in Maryland on August 19th. Once on the mainland the British quickly overwhelmed the local militia and continued into Washington. Once the army had reached the city, a flag of truce was sent, but this was ignored and the British were instead attacked by local American forces.

The British quickly defeated the insurgency and as punishment, set fire to both the White House and the Capitol. A Union Flag was subsequently raised over Washington. Although other government buildings were destroyed in the process (including the US Treasury and the headquarters of a newspaper seen as inciting anti-British propaganda), the British decided to leave the residential areas of the city intact. The next morning a large thunderstorm hit Washington DC, bringing with it a tornado that tore up local buildings and killed many British and Americans alike. As a result of this storm, the British decided to retreat back to their ships only 26 hours after Washington DC had been taken.

Both sides were tiring of the war that was effectively becoming a stalemate, and as such peace talks began in the summer of 1814 to try and find a resolution. Meeting in Ghent, Belgium, it was soon discovered that many of the reasons for the war were now null and void due to the ending of the Napoleonic Wars. For example, the British were no longer engaged in impressment or carrying out trade blockades on France.

In addition, war weariness had started to take hold in America due to the financial burden that it had placed on the country. For the British, their interests were turning to the east as tensions were rising with Russia.

As neither side had made any significant gains during the conflict, it was decided that a status quo ante bellum should be the centrepiece of the treaty, effectively setting back borders to their pre-war lines. This also allowed the treaty to be agreed and signed with much less wrangling, therefore ending the war much sooner.

By December 1814 a peace had been signed, however this news was not to reach many parts of the US for another 2 months. As such, fighting continued, and on January 8th 1815 the greatest American victory of the war took place; the Battle of New Orleans. Here an American Army led by Major General Andrew Jackson (later to become the 7th President of the US) defeated an invading British force intent on taking back land that had been previously acquired with the Louisiana Purchase. For the British this was a humiliating defeat, especially considering that they outnumbered the Americans by more than 2 to 1.

Only a few days after the defeat, news reached both sides stating that peace had been reached and an immediate end of hostilities should be maintained until Washington DC had ratified the treaty. The War of 1812 was over.

In Britain, the War of 1812 is a largely forgotten war. In America, the war is remembered mainly for the burning of Washington and for The Battle of Fort McHenry in 1814 which inspired the lyrics for the US National Anthem ‘The Star Spangled Banner’.

It is – perhaps surprisingly –Canada that remembers the War of 1812 the most. For Canadians, the war was seen as a successful defensive of their country against a much stronger American force. The fact that the Canadian militia had taken such as a large role in the war spurred a sense of nationalism. Even today, in a poll by Ipsos Reid in 2012, the War of 1812 was second only to their universal health care in a list of events or items that could be used to define Canadian identity. 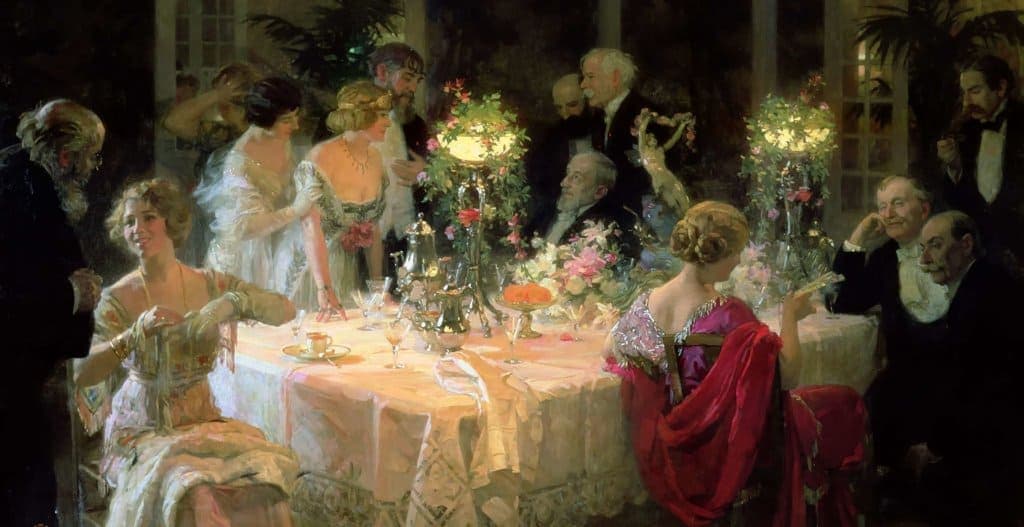 A history of English etiquette and good manners