Opening times: 10.00 – 16.00. Days vary throughout the year, see the English Heritage website for more details. Last admission is 45 minutes before closing. Entrance charges apply to visitors who are not English Heritage members.

Public access: The ground floor of the hall and tea room are wheelchair accessible, however there is a spiral staircase leading to upper floors of the castle. Dogs are allowed in the grounds only. There is a free car park next to the castle entrance.

The remains of a medieval castle with 17th century extension. A Greek revival country house stands close by. These unusual elements at Belsay tell the story of the Middleton family over the seven centuries during which they were resident on this site. The Middleton name was first referenced in connection with Belsay in 1270. The original building, a substantial, three story rectangular pele tower with turrets and battlements, was constructed around 1370. The ground floor had a typical vaulted ceiling, with originally both a hall and solar above. 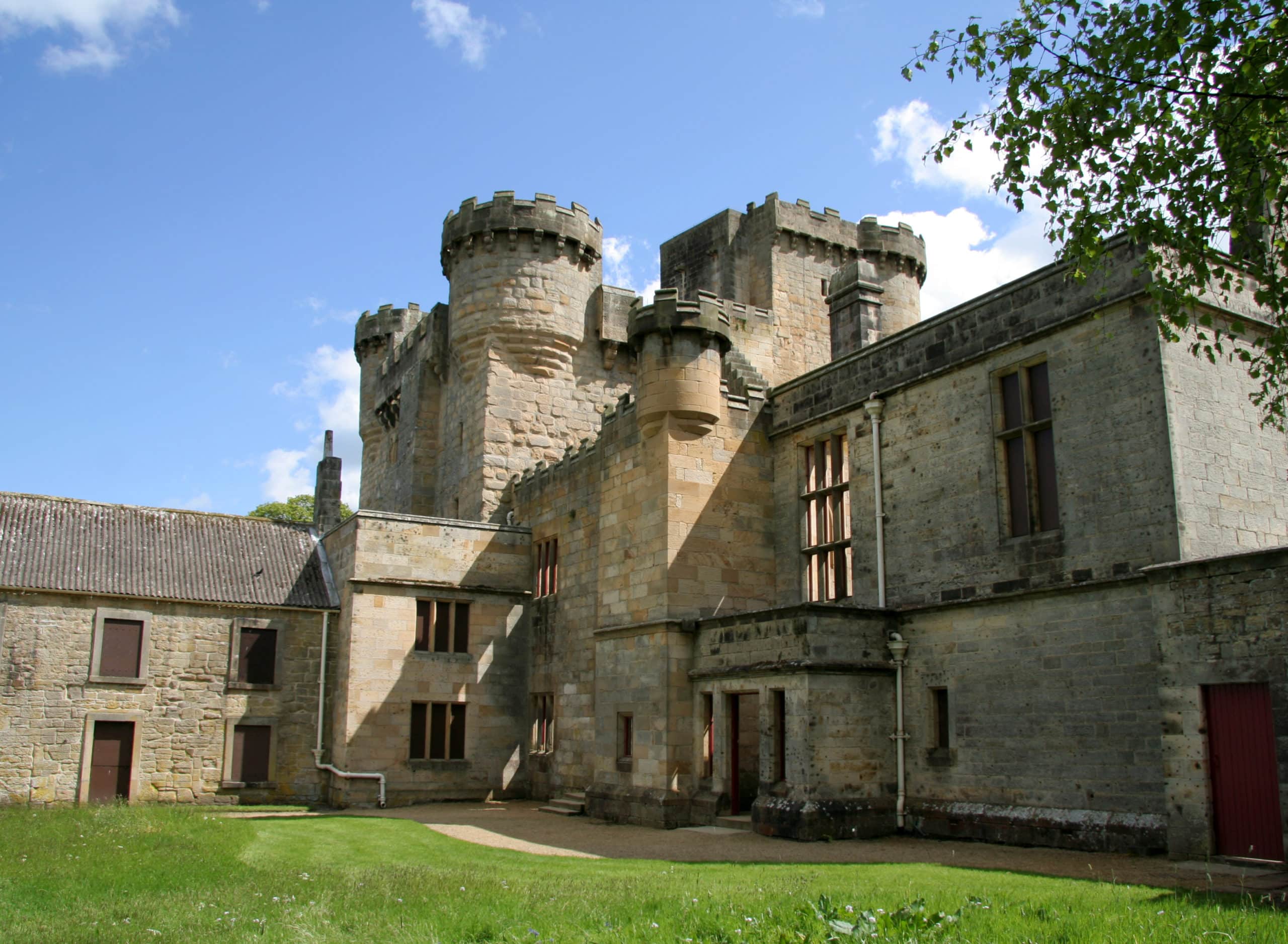 When James VI of Scotland united the crowns of England and Scotland In the early 17th century, peace reigned on the border. The addition of a new wing converted the tower into a comfortable residence for its owner, Thomas Middleton, and his family. This was commemorated with an inscription above the porch. An additional wing was constructed in 1711, although this was later destroyed. The gardens would be an important part of the later development of the house, and at this point included a formal walled garden in front of the tower.

In 1817, Sir Charles Monck (formerly Middleton) completed a new mansion house for his family, in Greek revival style. Described as “austere”, the pillared entrance hall has two storeys. The family remained resident at the manor house until 1962 after which it came under the guardianship of English Heritage in 1980. Sir Charles Monck and Sir Arthur Middleton were the creators of most of Belsay Castle’s stunning 30 acres of garden, including the Magnolia Terrace, the Quarry Garden and the formal yew garden. The gardens of Belsay Castle are renowned, and today are open to visitors. The Crag Wood Walk takes about an hour, allowing the visitor to take in views of the house, garden and lake. Belsay is also famed for its snowdrops, the first being planted by Lady Anne Middleton in the 1700s. Set on top of a high basalt crag overlooking expansive sands and the wild North Sea, Bamburgh Castle is a most impressive sight…