Welcome to the fourth and final part of our Fashion Through the Ages series. This section covers British fashion from the Victorians, Edwardians, Roaring Twenties, World War II, all the way up to the Swinging Sixties! Above: Detail from a photograph taken around 1905. Please note the gentleman’s top hat (right) and the boater (gentleman, left). The ladies are wearing hats perched on top of the head, the hair worn very full. 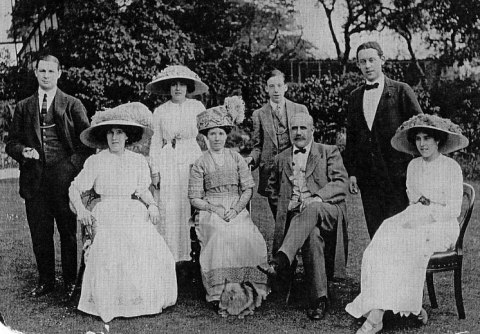 Photograph Above – Family group from around 1909. The gentleman (seated centre, below) wears a long frock coat, the other gentleman wear either formal dress or lounge suits. The ladies all sport the large trimmed hats of the period. 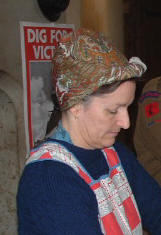 The Second World War made the importation of cloth for clothing virtually impossible and so clothes rationing was introduced on 1st June 1941. Rationing books were distributed to every man, woman and child in Britain.

Clothing was rationed on a points system. Initially the allowance was for approximately one new outfit per year; as the war progressed, the points were reduced to the point where the purchase of a coat constituted almost an entire year’s clothing allowance.

Inevitably styles and fashion were affected by the clothing shortages. Fewer colours were used by clothing companies, allowing chemicals usually used for dyeing to be used for explosives and other much needed resources for the war effort. Materials became scarce. Silk, nylon, elastic, and even metal used for buttons and clasps were difficult to find.

The turban and the siren suit became very popular during the war. The turban began life as a simple safety device to prevent the women who worked in factories from getting their hair caught in machinery. Siren suits, an all-enveloping boiler suit type garment, was the original jumpsuit. With a zip up the front, people could wear the suit over pyjamas making it ideal for a quick dash to the air raid shelter.

The end of clothes rationing finally came on 15th March 1949. Photograph Above: The turban 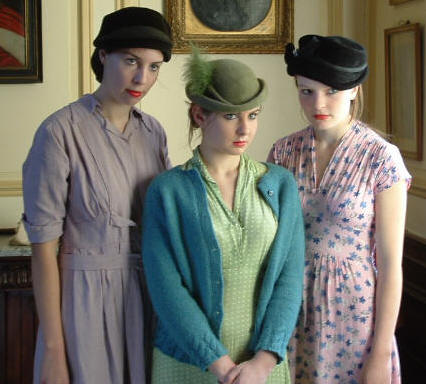