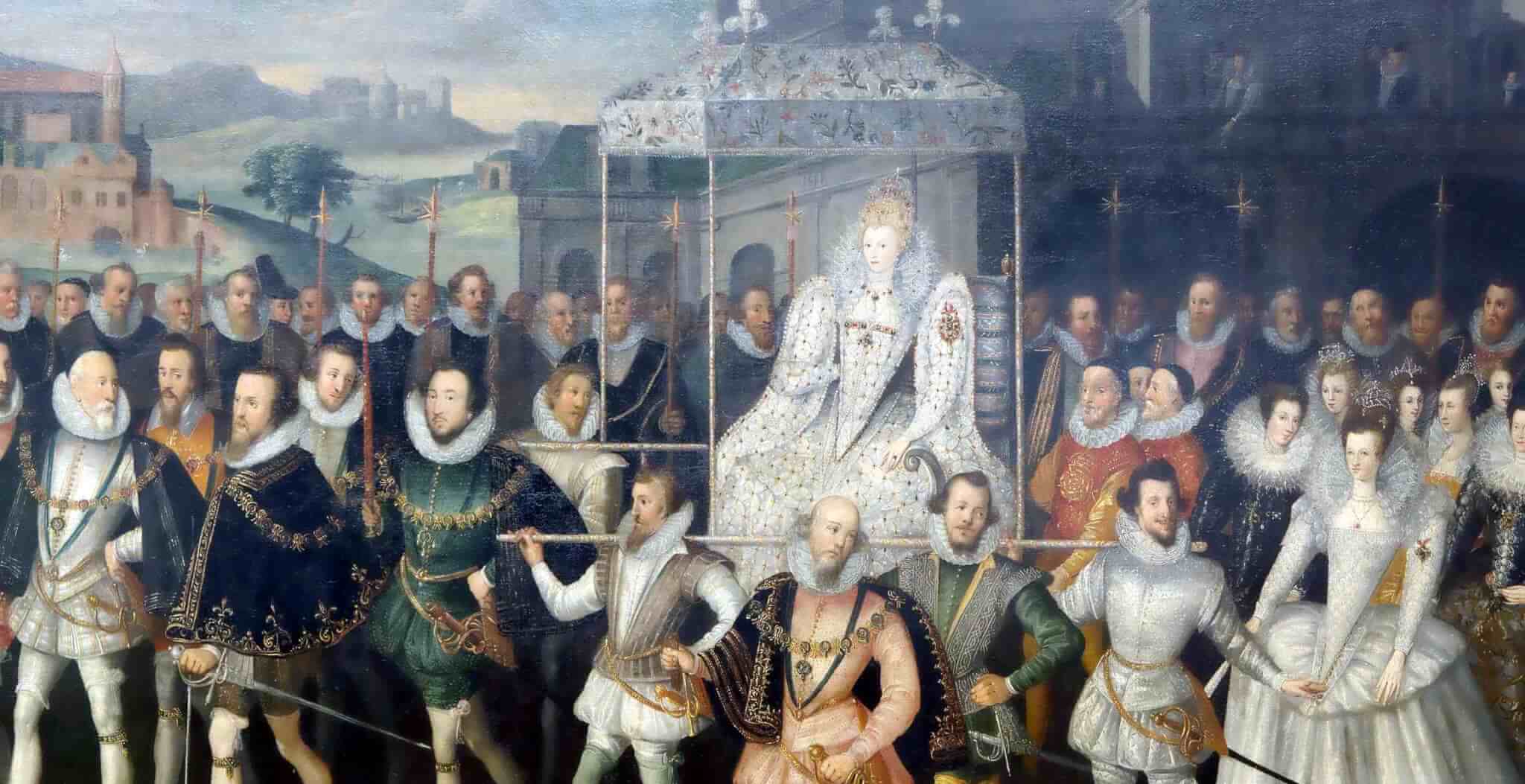 Did you know that the Queen still has a champion?

The office of King’s Champion or Queen’s Champion (as the case may be), was first started in the reign of William the Conqueror and was originally granted to Robert Marmion, along with the lordship and castle of Tamworth in Staffordshire.

After the male line of the Marmions died out, the duty passed to the Dymoke family via marriage through the female line.

Sir John was the first Dymoke to exercise the office on 16th July 1377, at the Coronation of Richard II, and the Dymoke family of Scrivelsby, Lincolnshire have continued to hold the office up to the present day.

Originally it was the champion’s duty to ride, on a white charger, fully clad in armour, into Westminster Hall during the coronation banquet.

There he threw down his gauntlet and challenged any person who dared to deny the sovereign’s right to the throne. The king himself of course, could not fight in single combat against anyone except an equal.

It was only at the Coronation of Queen Victoria in 1838 that the traditional ride and challenge was left out of the ceremony. Henry Dymoke – Queen’s Champion at the time – was created a baronet by way of compensation. Above: Henry Dymoke at the coronation of George IV in 1821.

At the Coronation of the present Queen in 1953, a member of the Dymoke family was present, but he did not throw down a gauntlet or challenge anyone… instead he had the honour of carrying the Royal Standard in the Coronation procession.

The role may have lost some of its original ‘pazzaz’ but there is still a Queen’s Champion to this day, namely Francis John Fane Marmion Dymoke, a chartered accountant.

The remarkable story of how the fourth son of a minor 12th century baron rose to be one of the richest men of his day and Regent of England is a true Knight's Tale!