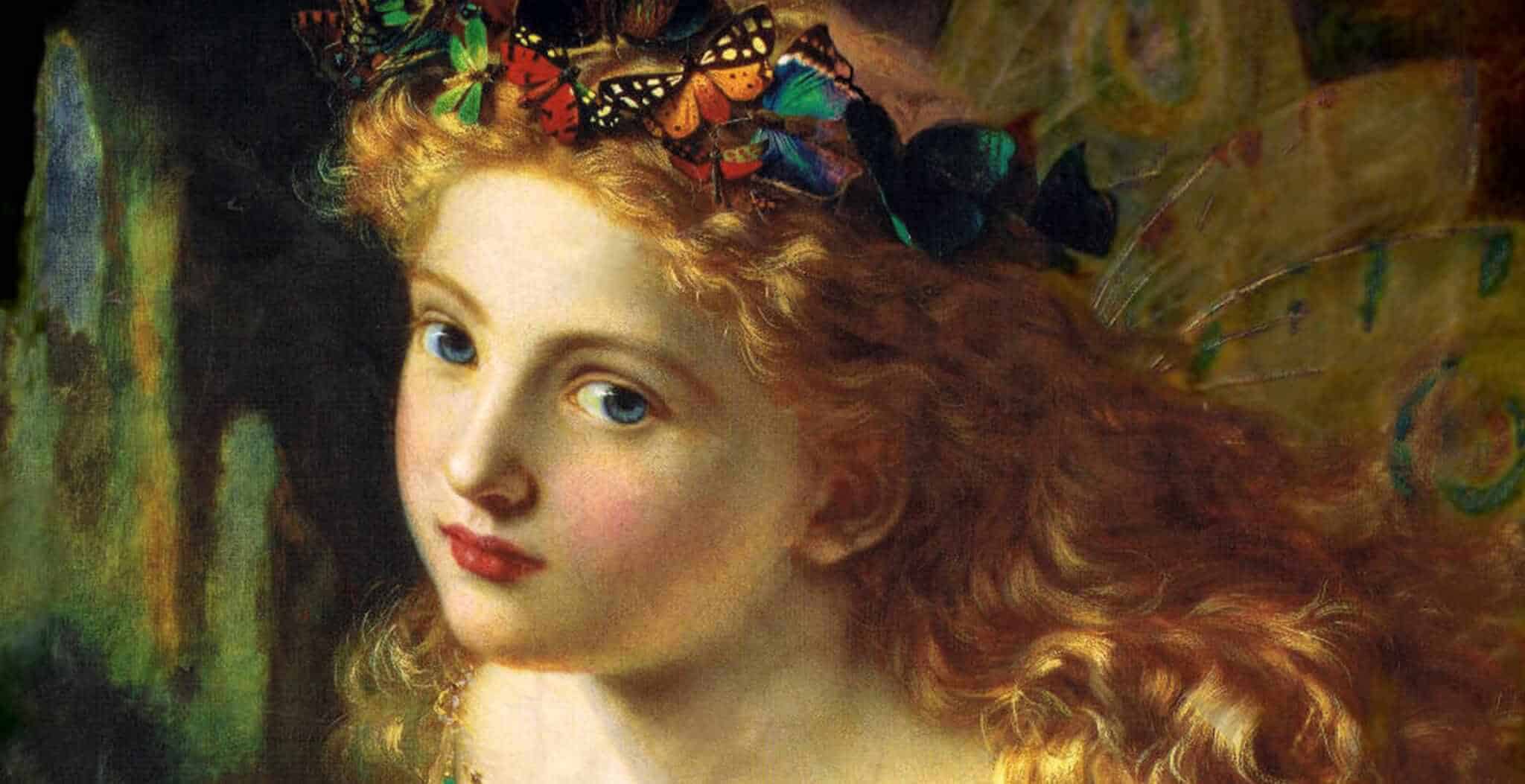 Most of us think of fairies as tiny creatures, flitting about on gossamer wings, waving a magic wand, but history and folklore tell a different tale.

When belief in fairies was common most people didn’t like to mention them by name and so referred to them by other names: the Little People or the Hidden People.

Many explanations have been given for a belief in fairies. Some say that they are like ghosts, spirits of the dead, or were fallen angels, neither bad enough for Hell nor good enough for Heaven.

There are hundreds of different kinds of fairies – some are minute creatures, others grotesque – some can fly, and all can appear and disappear at will.

The oldest fairies on record in England were first described by the historian Gervase of Tilbury in the 13th century. Brownies and other hobgoblins (pictured right) are guardian fairies. They are useful ones and do housework and odd jobs around the house. In Aberdeenshire, Scotland they are hideous to look at, they have no separate toes or fingers and in the Scottish Lowlands they have a hole instead of a nose!

Banshees are less common and more sinister, they usually only appear to foretell a tragedy. In Highland tradition the Washer-by-the-Ford, a web footed, one nostrilled, buck toothed hag is only seen washing blood-stained clothes when men are about to meet a violent death!

Goblins and Bug-a-boos are always malignant – avoid them if possible!

Most of the nature fairies are perhaps descendents of pre-Christian gods and goddesses or are the spirits of trees and streams.

Black Annis, a blue-faced hag, haunts the Dane Hills in Leicestershire and Gentle Annie who governs storms in the Scottish lowlands, are perhaps descended from the Celtic goddess Danu, mother of Ireland’s cave fairies. Mermaids and mermen, river spirits and spirits of pools, are the most common nature fairies. Marsh gas makes the flickering flames that hover over marshy ground and gives rise to the belief in Jack-o-Lantern. Jack-o-Lantern, or Will-o-the-Wisp, is a highly dangerous fairy that haunts marshy ground, luring unwary travellers to their death in the bogs!

Belief in fairies has not completely died out. As recently as 1962 a Somerset farmer’s wife told how she had lost her way on the Berkshire Downs and was put on the right track by a small man in green who appeared suddenly at her elbow and then disappeared!

A woman on holiday in Cornwall with her daughter came across a small green man with pointed hood and ears. They were so alarmed they ran for the ferry, cold with terror. Another eye-witness account in the 20th century – so do we believe in fairies? I wonder!